Damen Shipyards Group has delivered the first vessel in its new ASD Tug 2913 class. The 2913 has been developed in response to demand from operators for more powerful tugs capable of handling today’s ever larger vessels. As well as having a bollard pull of 80 tonnes and total power of 5,050 BKw, the new tug is just 29 metres in length and highly manoeuvrable, making it ideal for operations in busy harbours where space is limited.

The ASD 2913 has accommodation for 10 personnel across six cabins and with a beam of 13 metres is very stable. It also has push and pull capabilities and can be fitted with an aft winch as an option. It is also the first Damen tug to be built with a double hull so as to comply with the latest safety regulations.

The launch customer for the new model is German towage specialist Petersen & Alpers, and she will join an existing Damen ASD Tug 2411, which the company has been operating for the last four years out of Hamburg.

Named the Michel, the ASD 2913 will also be working in and around Hamburg, which is made up of a series of small basins and narrow waterways. In such an environment and with modern trends towards larger vessels for greater efficiency, manoeuvrable, compact tugs with more power are needed today more than ever before. However the 2913 also has very good sea-keeping qualities, allowing here to undertake offshore operations when required.

“We are very happy to be working once again with Damen,” said Peter Lindenau, Managing Director of Petersen & Alpers. “We had built up trust on our last project, and the whole package worked well for us. It is not just price but also performance, service and maintenance.”

The contract was signed in February 2013 and, as the launch customer with over 200 years experience in shipping, Petersen & Alpers contributed a good deal of valuable input into the design by, for example specifying details such as an oil fired heating system. Over the next two years a great deal of effort went into designing, engineering and building a tug that would deliver to its owner’s expectations and beyond.

Before the first of the ASD Tug 2913 was even launched, Damen has received strong interest in the vessel and its capabilities, and work is already underway building more for delivery at short notice. 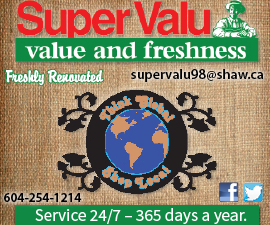 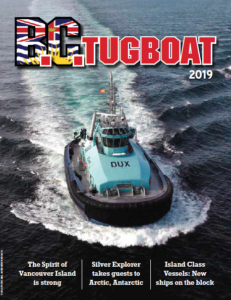