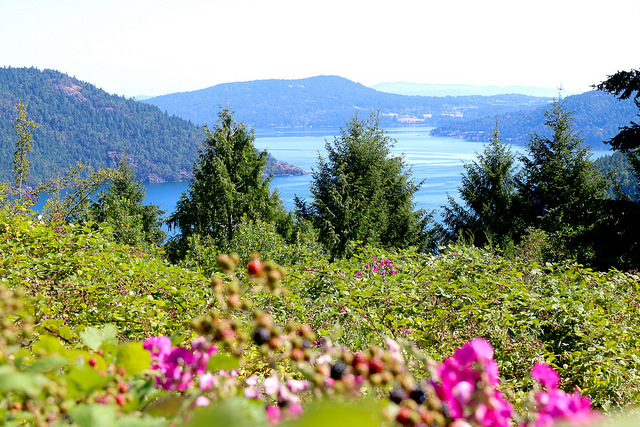 Completed in 2015, the plans foster a balance between stewardship and economic development using an ecosystem-based management approach that includes recommendations for marine management, uses and activities. Plans have been completed for four sub-regions: the Central Coast, Haida Gwaii, North Coast, and North Vancouver Island. In addition to the sub-regional marine plans, the Regional Action Framework, released this spring, outlines actions related to marine management that the Province and First Nations agree will be most effectively implemented on a regional scale. These actions are consistent with and support implementation of the sub-regional marine plans.

“The implementation of these plans signals an important step forward in our efforts to improve relationships with First Nations on governance and management issues,” said John Rustad, Minister of Aboriginal Relations and Reconciliation.

In signing the implementation agreements, the partners agree to co-lead implementation of the marine plans, including ongoing engagement with communities, local governments, and stakeholders. The agreements describe how the Province and First Nations will work together and how implementation activities will be prioritized and managed. Example priorities include continuing collaborative governance arrangements; implementation of marine zoning; fostering marine stewardship, monitoring and compliance; and facilitating sustainable economic development opportunities to support healthy communities.

Implementation of the four marine plans will complement related plans and planning activities, such as the Pacific North Coast Integrated Marine Area Initiative, and the development of a Marine Protected Area Network for the Northern Shelf Bioregion, in addition to other MaPP partner initiatives within the sub-regions.

“I’m pleased that we are able to formally begin implementation of these important marine plans. These plans chart a long-term vision for our northern maritime areas and provide a useful set of recommendations to help facilitate the review, assessment and referral processes for marine use applications,” said Steve Thomson, Minister of Forests, Lands and Natural Resource Operations.